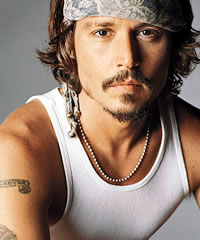 The ‘Pirates of the Caribbean’ star Johnny Depp ensures to spend exact 183 days at his home in the South of France to bypass the tax payment in France.

The 48-year-old actor Johnny Depp admits to spend no more than 183 days at his home in France to avoid paying the tax to the French government.  He does not have to pay the government through his earning and also does not want to terminate his US citizenship by getting legal resident in European country.

Johnny Depp narrates, “If I spend more than 183 days in France I have to start paying income tax there. So I live between wherever I am on location and the States. France wanted me to become a permanent resident for money. But permanent residency status changes everything. I’m not ready to give up my American citizenship.”