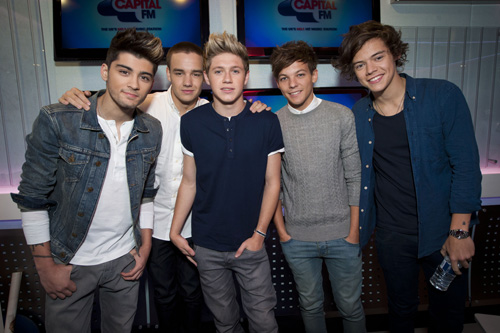 Niall’s band mates agreed with him, saying they thought it was especially hard for them to deal with their early success because they didn’t know One Direction another well enough to rely on each other for support. Zayn said: “We’ve all changed. None of us really knew each other and none of us was really prepared. “I found it hard talking to people, answering questions, but then you realist everyone is in the same boat. You can’t take yourself too seriously, and you all start to relax into being who you are.”

The ‘Story of My Life’ hit makers admitted that although they’re enjoying their success and being able to go on perform at arenas, they often like to relax in their tour bus rather than going out partying. Liam told Top of the Pops magazine: “It’s pretty hard to just ‘go out’ … A lot of the time we actually prefer sleeping on the tour bus. We park outside the venue and just stay there. We have our DVDs and X boxes and we have a quiet bus for sleeping.” Femalefirst