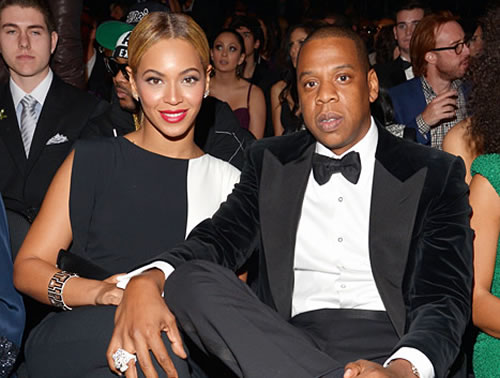 Blue Ivy will apparently be an only child for a little while longer. Beyonce’s husband, Jay-Z, quietly addressed the latest, particularly vehement rumor that his wife of five years is pregnant with her second child — speaking via email with Hot 97, NYC’s most pre-eminent hip hop radio station to deny the report.

In a Monday, May 20 broadcast that was videotaped for a YouTube clip, a DJ told listeners that the hip-hop mogul, 43, emailed program director Ebro Darden to say that “the pregnancy rumor is false.” “I hit him to say congratulations, send my love to the fam,” Darden revealed. The “Empire State of Mind” rapper told him “it’s not true,” Darden said. (A source close to the radio station confirms to Us Weekly that the email exchange took place.)

For her part, Beyonce, 31, is staying busy — and skinny and active as ever — on her arduous Mrs. Carter World Tour, with an energetic recent Saturday performance in Milan. (Pics from the show reveal Beyonce working furious dance moves and rocking a flat-as-a-board abs.) The superstar also recently paid tribute to her man with a set of adorable snapshots on her Tumblr blog from their recent trip to Cuba. – Usmagazine

What Does Every Son Needs from His Father

Tamar Braxton Speaks about Her Relationship As Rumors Flew She Is Back With David Adefeso: “You don’t know that”